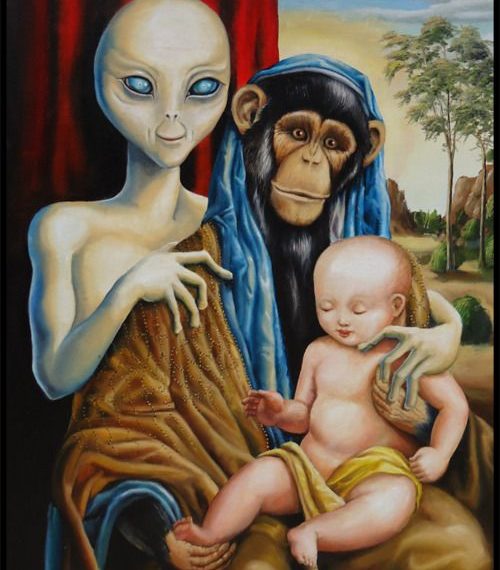 More on Jesus as an extraterrestrial

I dont want to offend anyone yet I want to have a clear and honest website. I dont want to lie yet afraid some people might blow this one out of proportion and run with it but I rather do what Im asked to do which is help raise the vibration. What I can say is one thing: Christ’s mother is Mary and his father is an extraterrestrial. Mary was an in vitro fertilized. Christianity is the world’s largest religion, with over 2.4 billion followers, or lets put it this way 40% of the global population, is known as Christians. But not one percent of this population believes in extraterrestrial and their existence but pray to him day and night. Knowing the man they worship is a hybrid ( half human half alien) Yes its true, its a shocking true but let me tell you if some of you people would actually open up to the possibility of intelligent (they are very advanced) life outside of planet earth, we would advanced to higher dimensions a lot faster. Im not saying Christ wasnt a good man, yes he was indeed, he was a healer, just like you and I -we all have these abilities. Christ was more healer than a teacher. Soon I will add some quotes from Bible, read them with an open mind and open spirit.