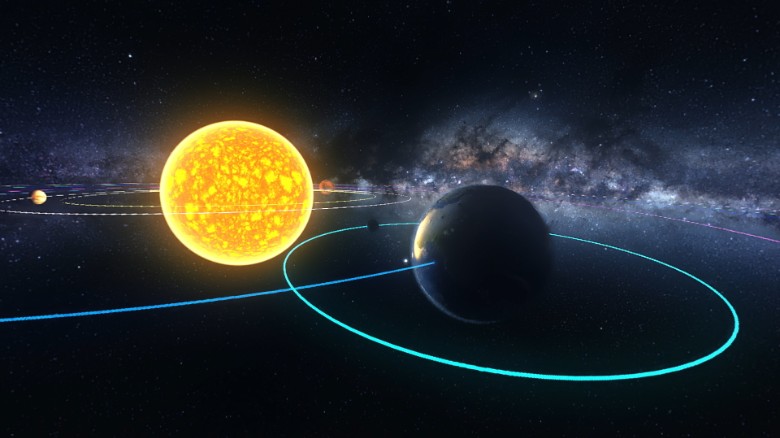 The movement of stars

have an impact on people, according to astrologers. This eclipse will peel back the curtains and reveal the hidden truth. Eclipses have historically coincided with the birth and death, the beginnings and ends of particular eras in history. There will be a big shift of vibrations and energy tomorrow. Also don’t forget: Sun in Leo, Mars in Leo, Moon in Aquarius, Venus in Cancer, Sun conjunct Mars, Sun sextile Jupiter, Sun quincunx Neptun… Astrologers theorize that an eclipse kind of solidifies an energy in the air for an extended period of time: that wherever an eclipse occurs, however it aspects the other planets and stars, that energy of the eclipse’s peak is solidified in the air on Earth for some unknown period of time afterward. This shift has already commence I actually got woken up to make this post as I was given downloads about future while I was asleep.. now I’m wide awake and it’s 4:14 am. Remember tomorrow once sky is dark you should be able to see Jupiter, Mars, Venus, and Mercury,. Most people have never in their lives seen the planet Mercury because it’s so close to the sun, it’s very difficult to see but tomorrow is a different story. Also remember our sun will be in the constellation Leo

?? during the eclipse. Leo constellation is usually only as visible during winter in the Northern Hemisphere due to Earth’s orbit and rotation. Eclipse will be visible in Montreal, for the first time since 1918. Weather permitting, the entire continent will have the opportunity to view an eclipse as the moon passes in front of the sun, casting a shadow on Earth’s surface. During a total eclipse, we have the rare opportunity to look directly at the sun’s vast, striking outer atmosphere, the corona. The corona appears as pearly white rays and streamers, radiating around the lunar disk. This August 2017 eclipse will present a total solar eclipse which is not simply beautiful to look at… They provide unique opportunities for science communities. Indeed, total eclipses throughout history have paved the way for major scientific findings across various disciplines. If you look at direct sunlight long enough, you can do irreversible damage to your eyes, so avoid looking at the sun.. once sun is completely covered now you can take off your sun eclipse glasses.. stay safe, become aware and conscious of your thoughts during this beautiful astrology event.